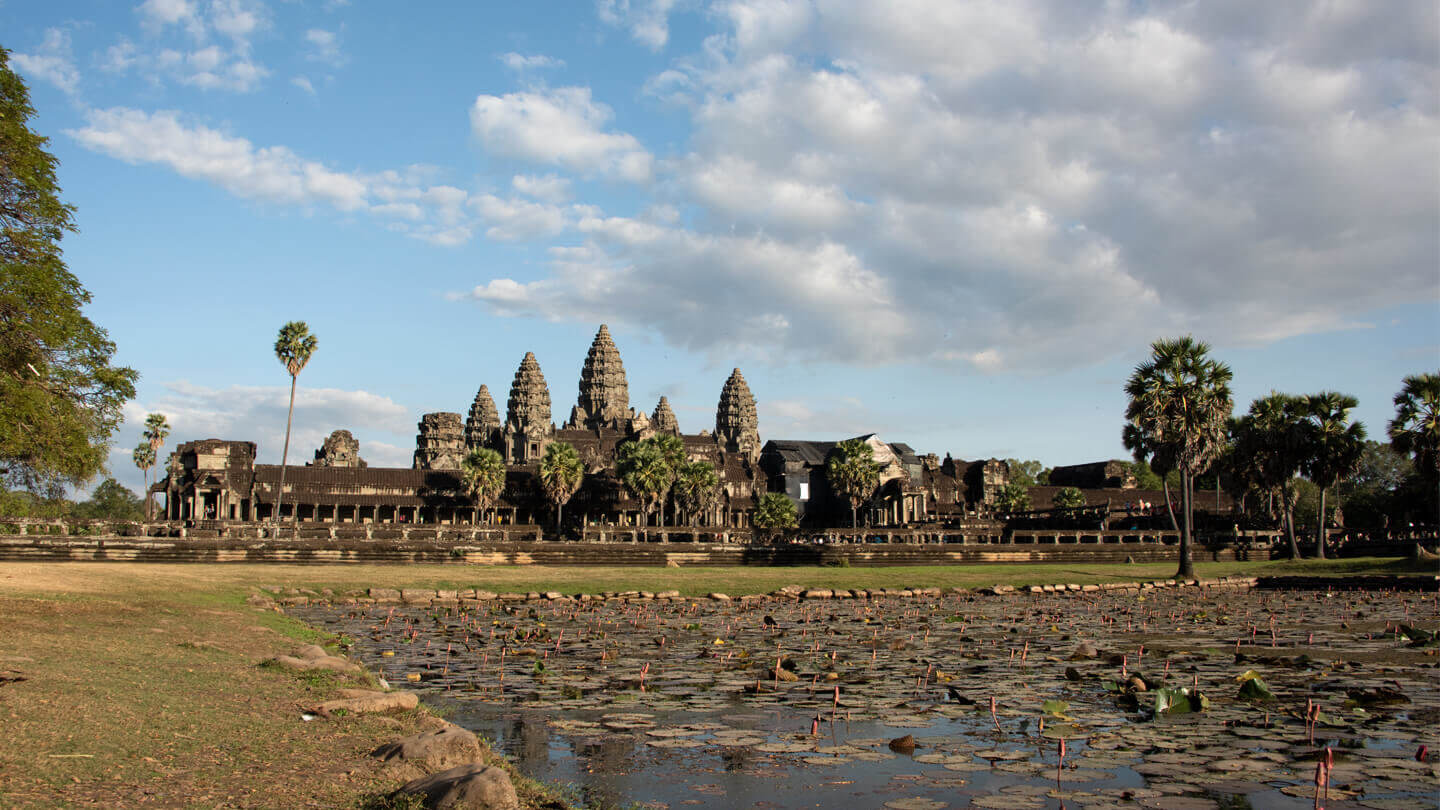 The front side of the main complex in Angkor Wat 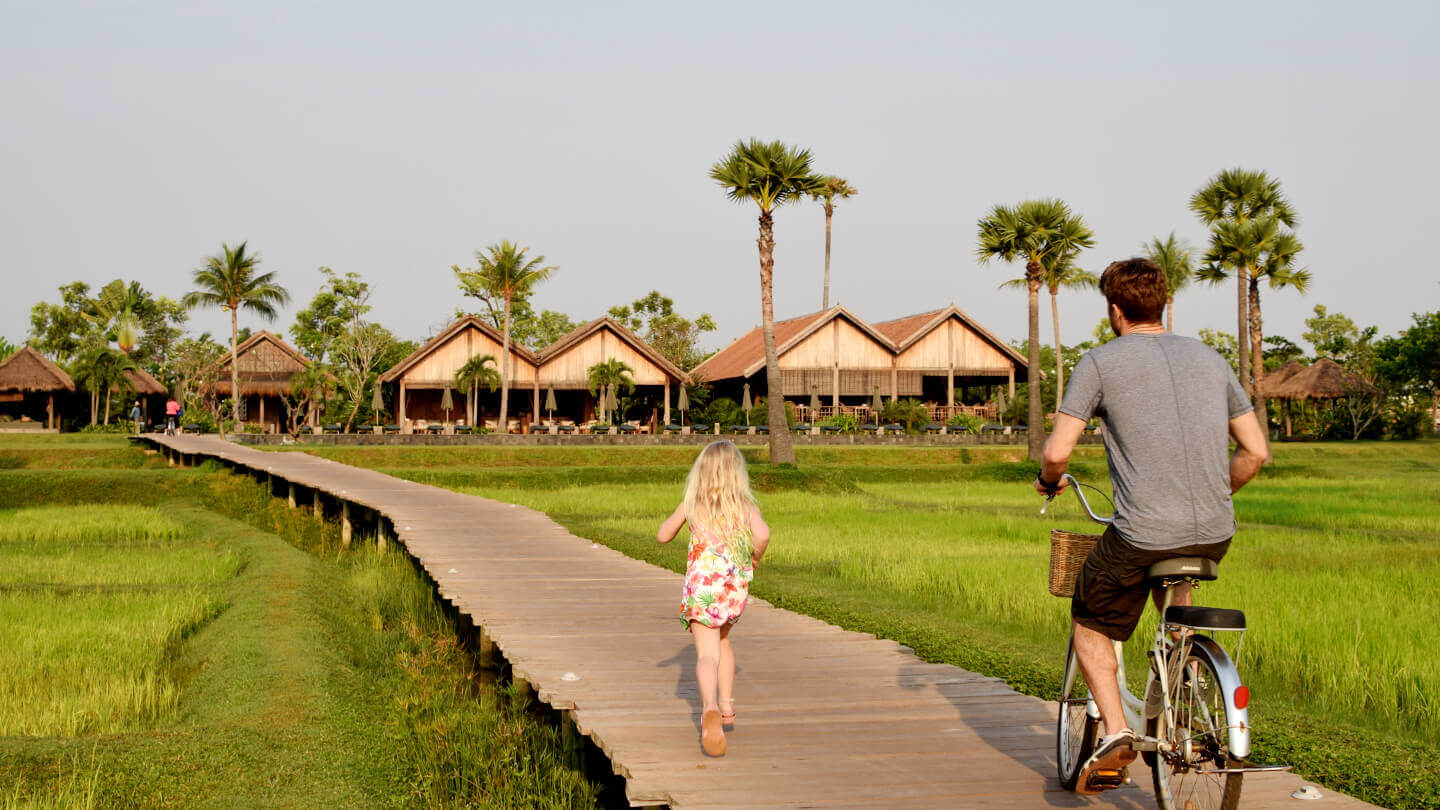 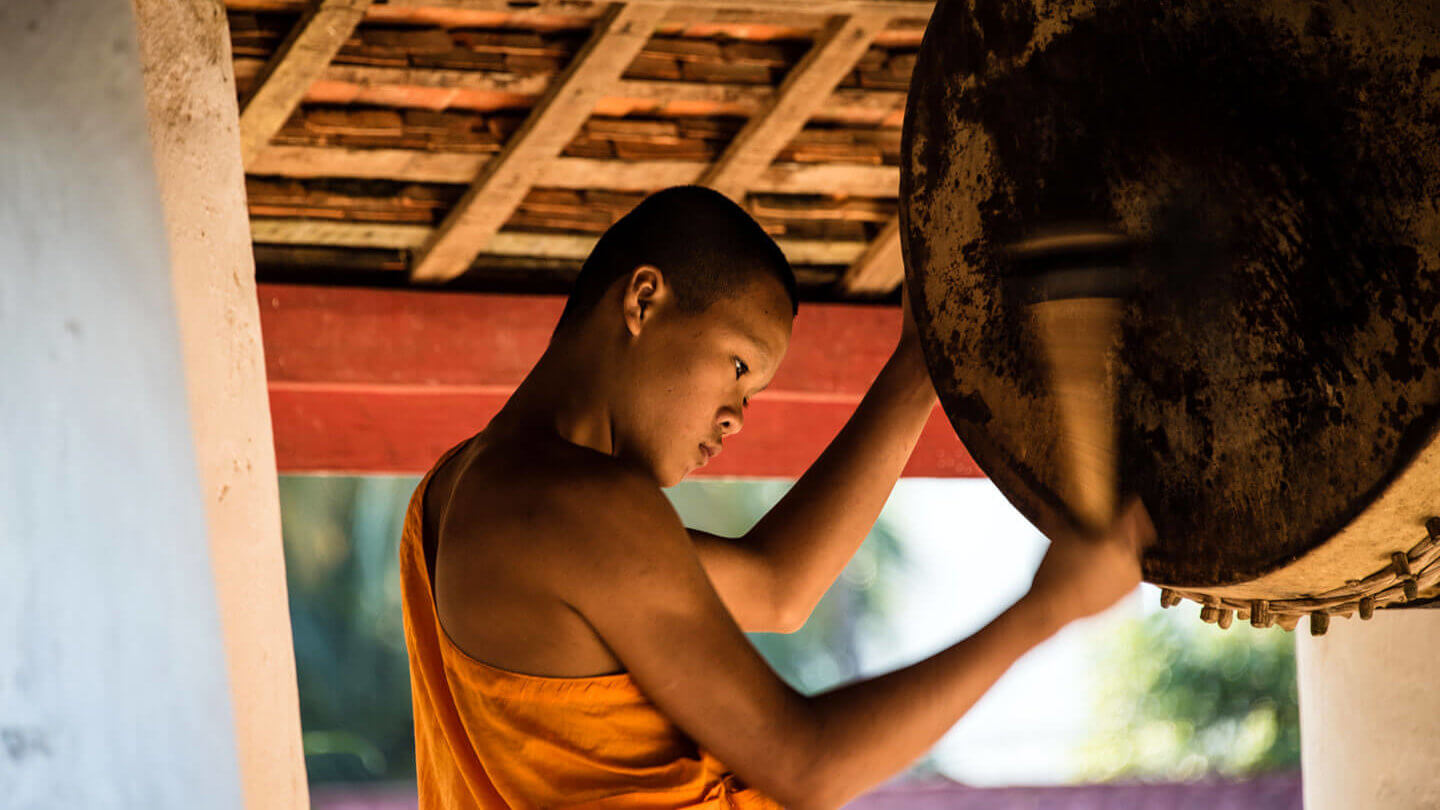 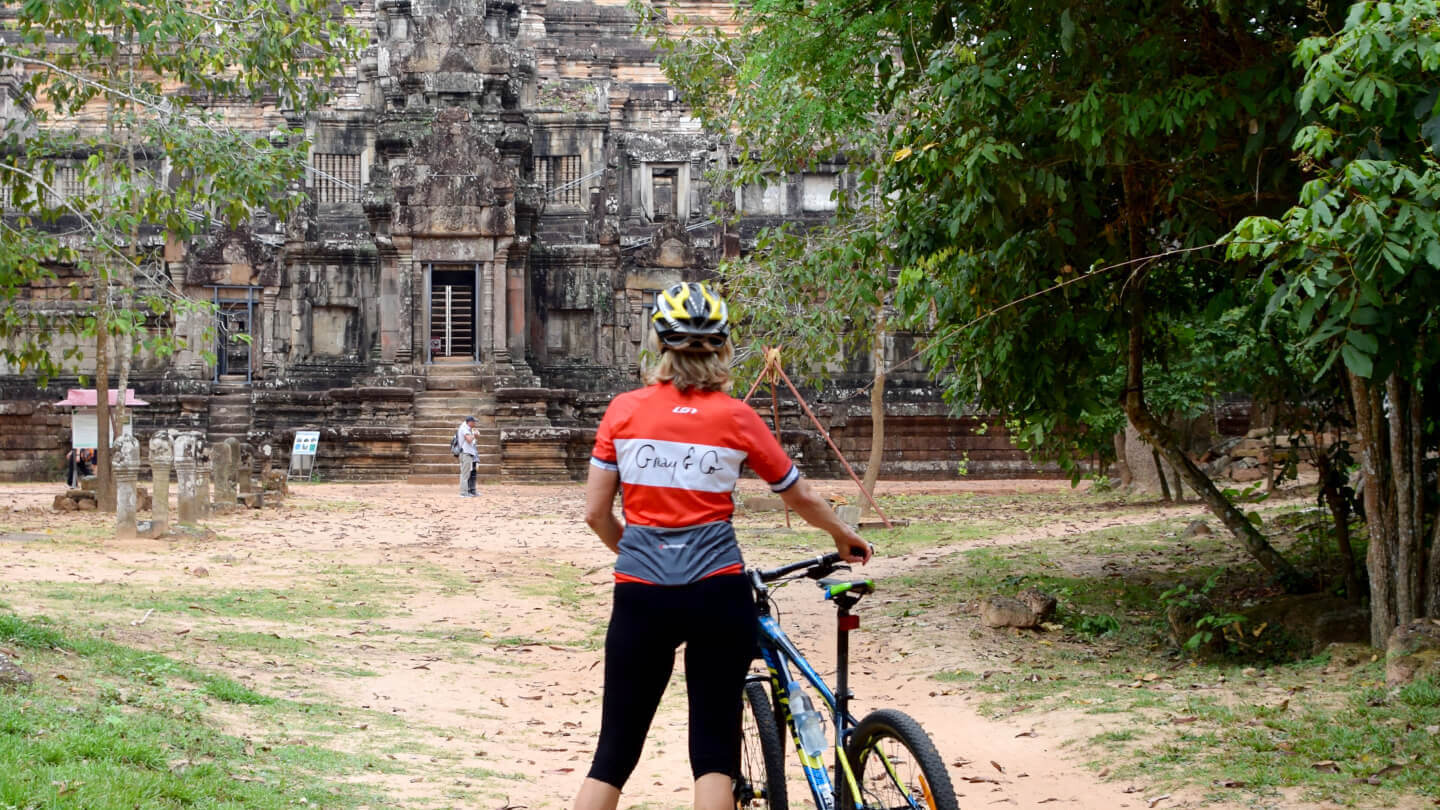 A private bike tour through the Angkor complex 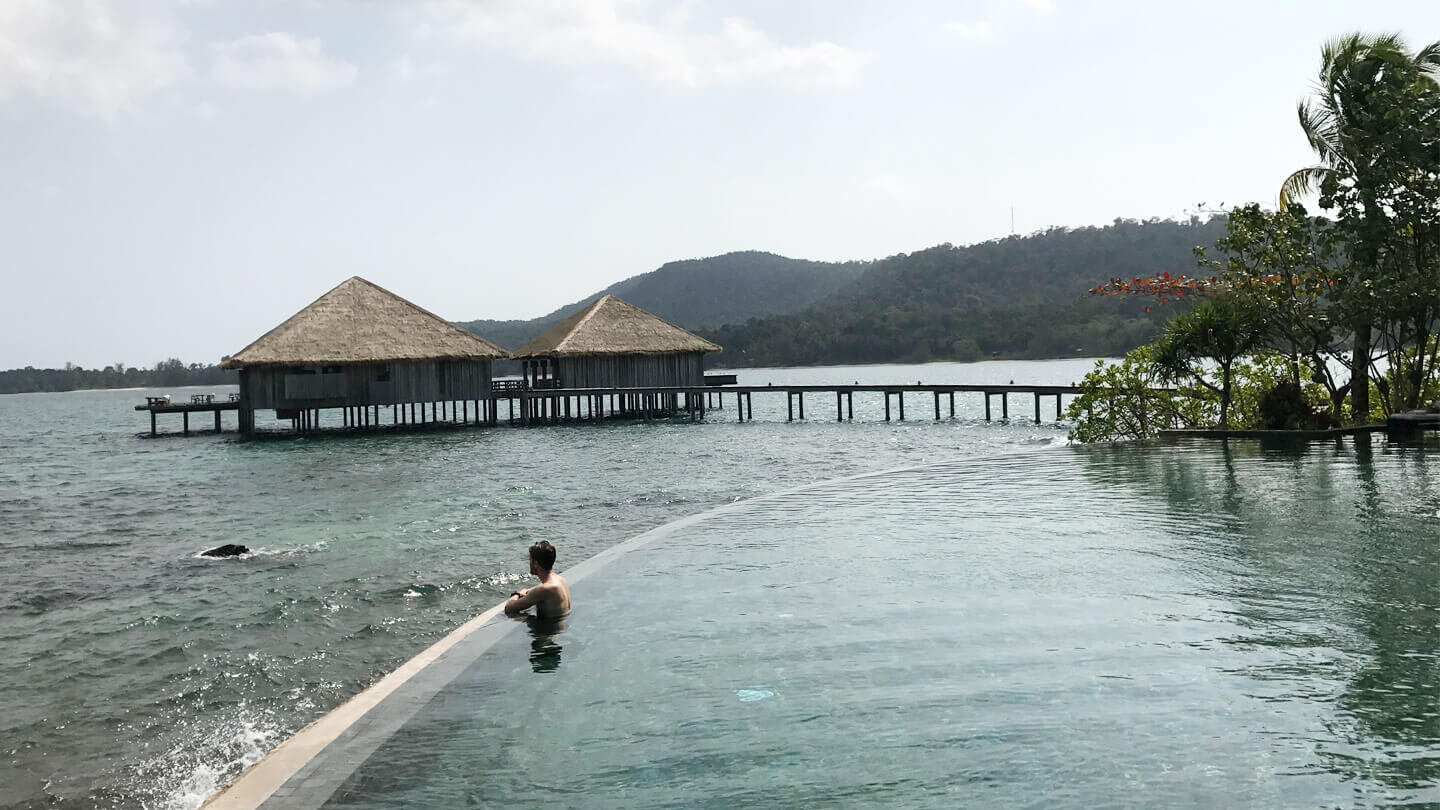 Cambodia is home to some of Southeast Asia’s most important archaeological sites, from ancient Khmer temples to tropical jungles, as well as the small local villages that sit between them. For ocean explorations, there are an array of idyllic islands just waiting to be uncovered and Gray & Co.’s private active trips curate the best of it all.

Located in Siem Reap, the ruins of 12th-century Angkor Wat comprise the largest religious monument in the world and are now a UNESCO World Heritage Site. However, the Angkor complex is also home to more than 1,000 other sprawling religious complexes that together stretch across 250 square miles.

The popular vine-covered temple of Ta Prohm is a great place to start a private bike tour with our top guide, an archeologist and conservation expert. Cycle through the jungle to other well-known temples or to some of the more off-the-beaten-track temples such as Ta Keo, the first ever temple built entirely of sandstone. Then pedal onwards to the northern edge of the archaeological complex to Preah Kan and the Elephant Terraces, where historically the king would watch events from. Along the way, you’ll spot wild gibbons and parrots in the trees above.

Other exclusive active options near Siem Reap include a private kayak paddle or luxury cruise among the floating villages of Tonle Sap Lake and home to the largest bird sanctuary in South East Asia, as well as a private helicopter journey to the newly uncovered Koh Ker, one of the ancient capitals of the Angkor civilization. Take part in a Buddhist monk’s blessing at Wat Svay Romeat, a quiet off-the-beaten-path pagoda overlooking the 10th-century West Baray reservoir and hike through pristine forest to a waterfall in Kulen National Park. Embark on a custom bike ride through local villages and past rice paddies, schools, markets and working local artisans or uncover the flavors of Khmer dishes in a private market tour and cooking class.

While immersing in the richness of Siem Reap, you’ll stay at Gray & Co.’s favorite resort in the area, Phum Baitang. Angelina Jolie first stayed here when filming Tomb Raider, and she has since returned many times befriending the owner, Arnaud Zannier. Spread across eight acres of picturesque countryside, the hotel offers 45 guest villas perched on stilts over luxurious lush gardens and an infinity pool that overlooks the hotel’s paddy fields.

From Siem Reap, hop on the jet and head to Sihanoukville, the gateway to the Koh Rong Archipelago, which features such secluded beach resorts as Song Saa Private Island and Six Senses Krabey Island.  For those seeking more adventure, Bill Bensely’s Shinta Mani Wild luxury tented lodge is the perfect retreat in the Cambodian rainforest. Travelers can delight in zip-ling, mountain biking, hiking and fishing or join the anti-poaching and conservation teams on their daily rounds.

At Gray & Co., we chase the sun and warm weather all year long. And so, we find now to be the perfect time to visit South America, South Africa, Australia and New Zealand...

Gray & Co. private active travel necessitates a great base and now more than ever property takeovers are the perfect way to facilitate new adventures... 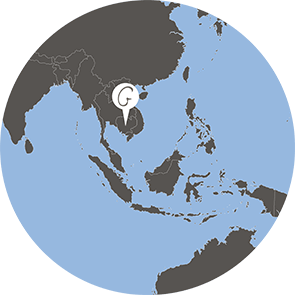 ““Gray & Company is an award-winning ultra-luxury operator that skips the catalogs and does nothing but one of a kind, bespoke private trips for the most demanding clientele"”