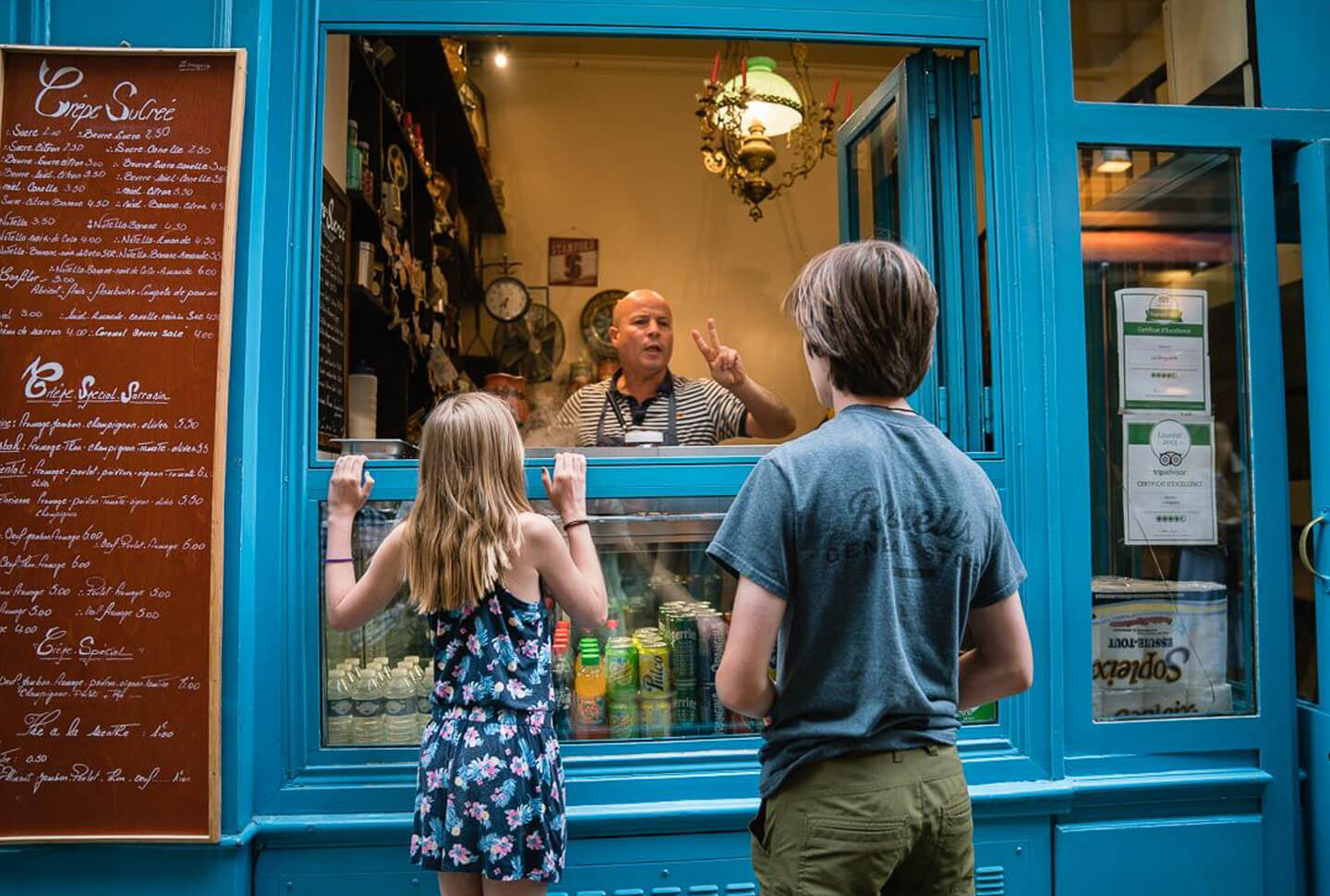 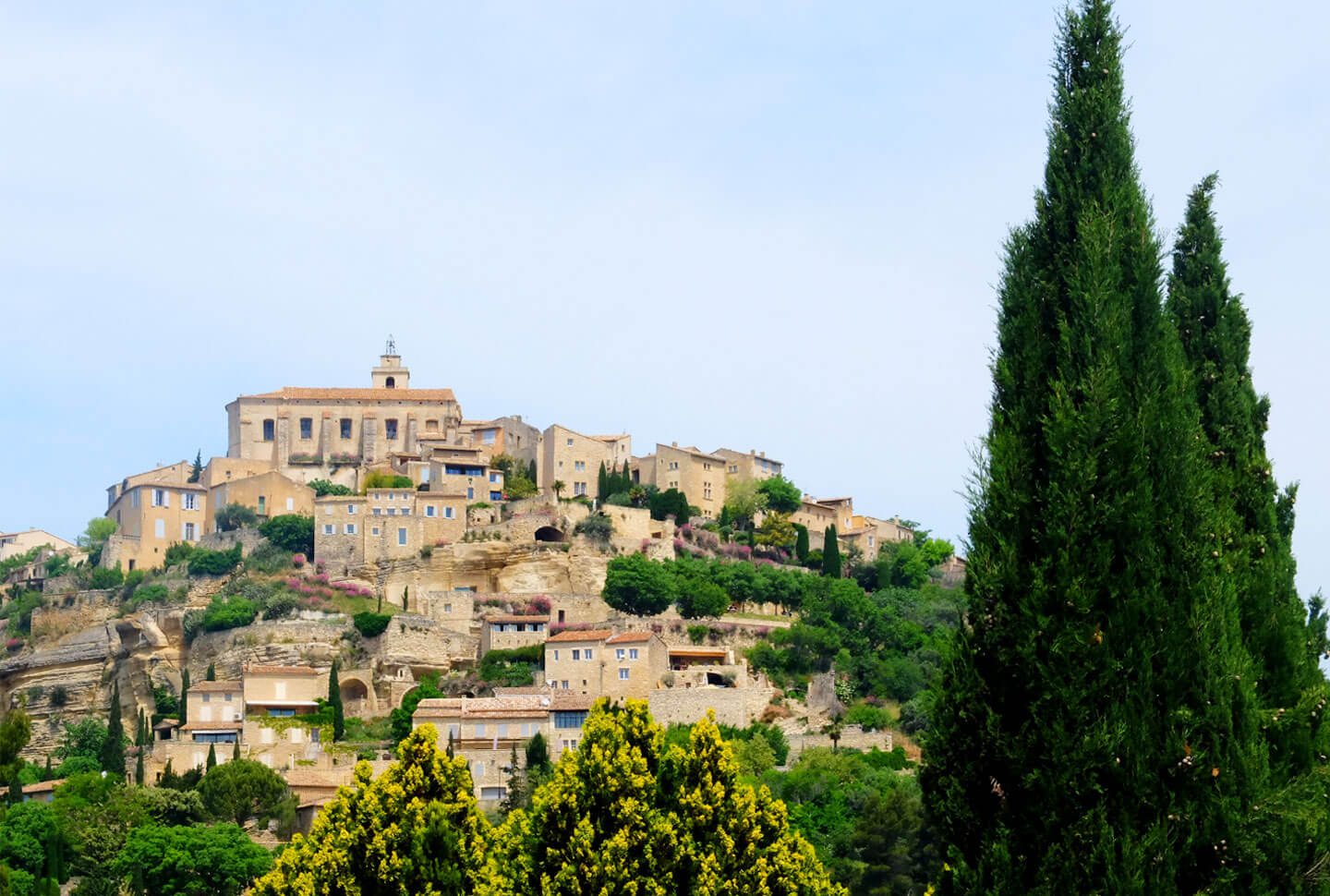 The village of Gordes in Provence 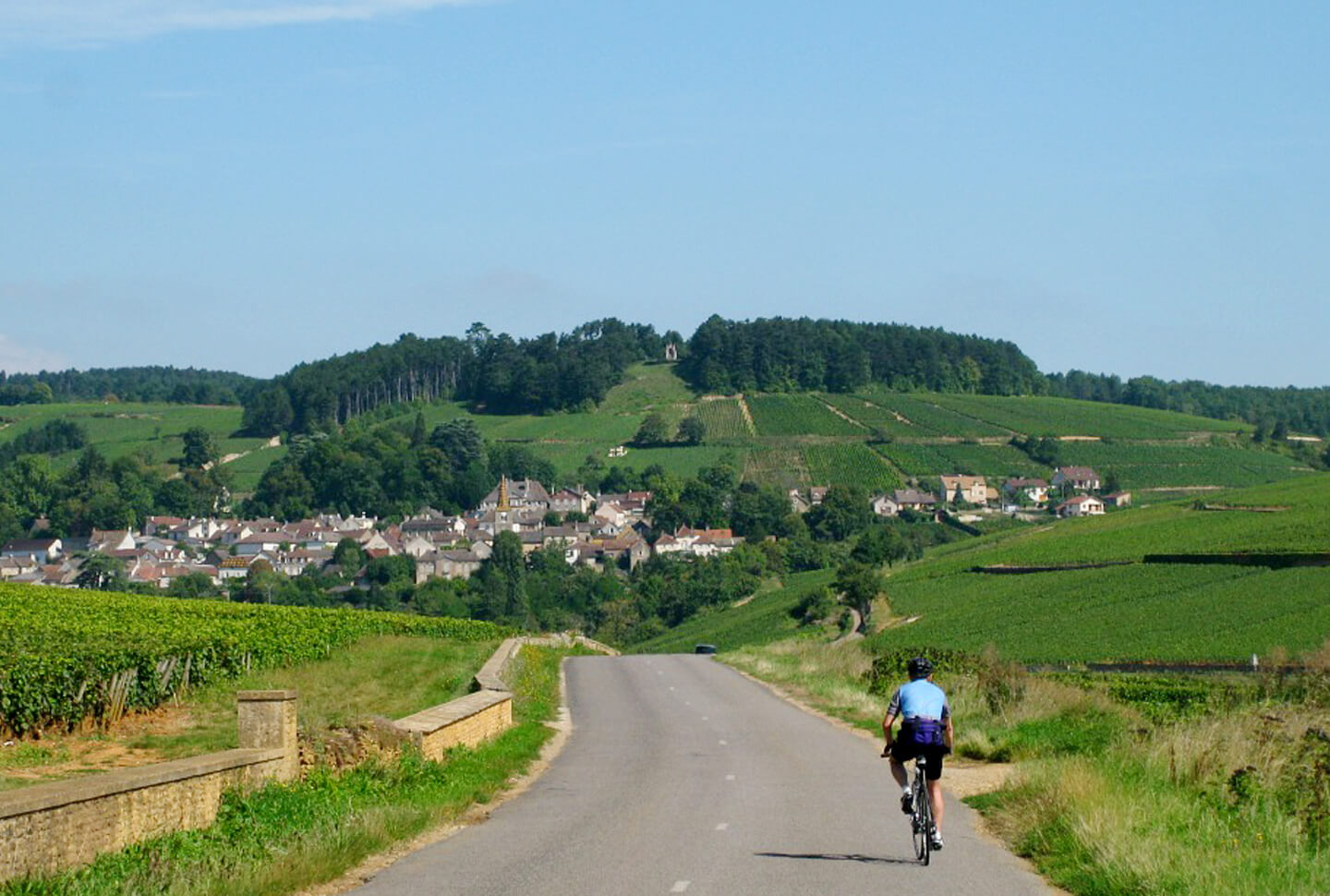 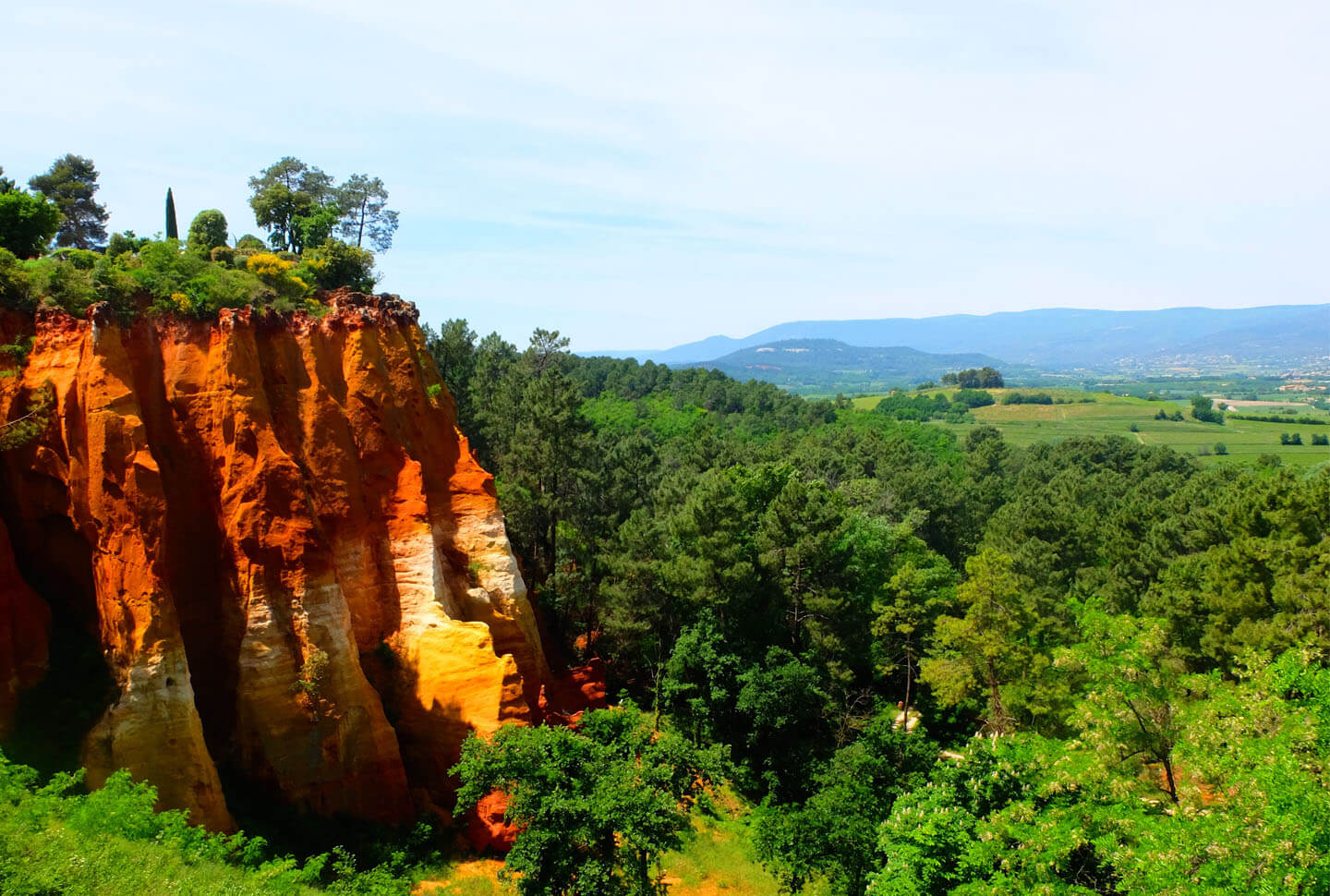 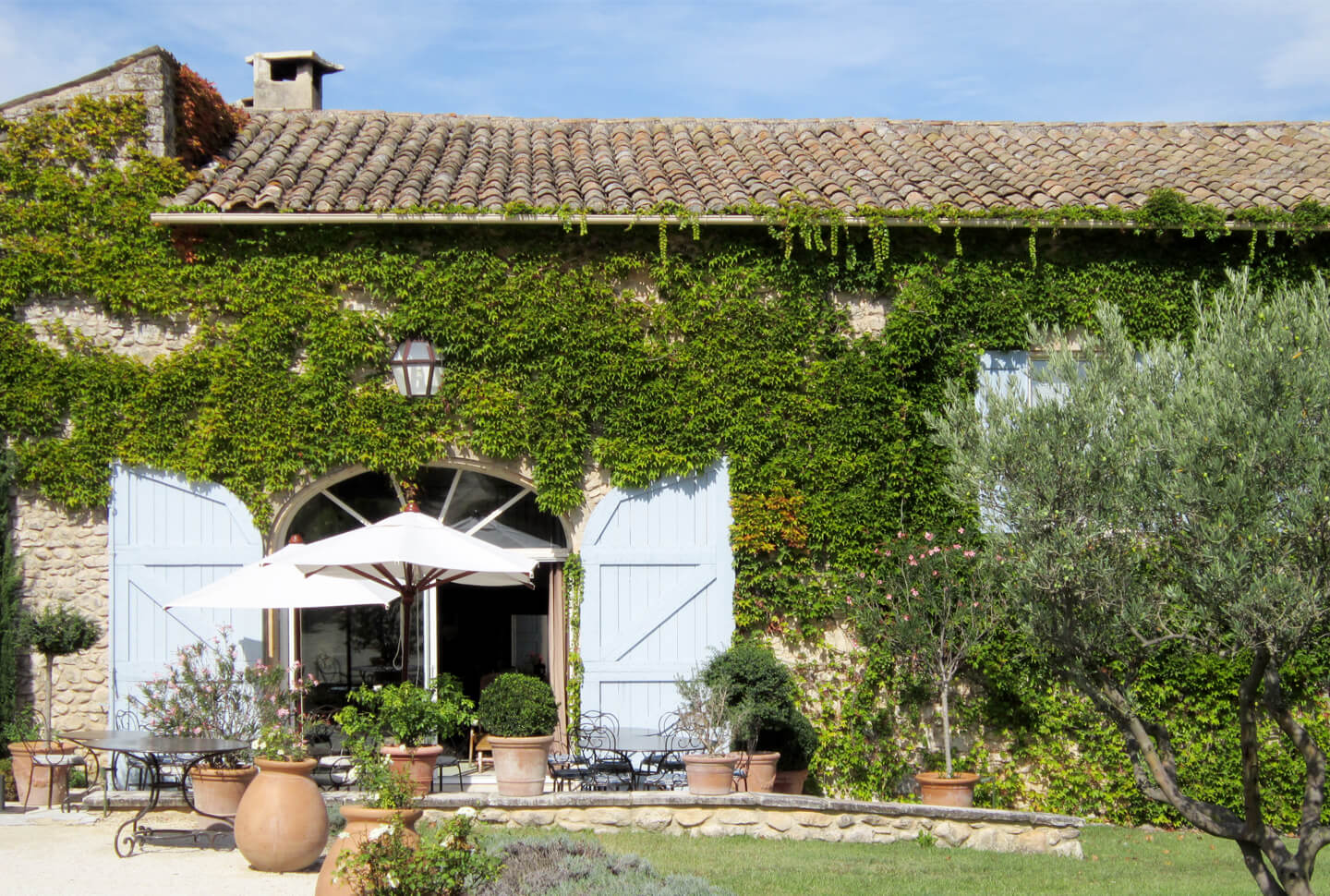 There are so many different ways to enjoy life to the fullest in France, it’s no wonder the country invented the phrase “joie de vivre.” A private active Gray & Co. trip here lets travelers enjoy curated experiences of the very best places to ride, hike, paddle, stay, eat, sip and more, from Provence in the south to Normandy in the north, Bordeaux in the west to Burgundy in the east.

Spring and fall are best for travels through the ever-popular south, where you can park yourself in a Provençal hill town à la Peter Mayle. Jet into Marseille then head to nearby villages best viewed by bike or on foot. Discover the spectacular countryside surrounding the vineyards in Luberon and the peaceful towns and villages in the Vaucluse areas, stopping for market tastings in Gordes, a Van Gogh walking tour in St. Remy and sunset views in Ménerbes, to name just a few. Favorite luxe lodgings here include Villa Lacoste, for its panoramic views over the Luberon, and the 18th-century résidence Bastide de Marie, surrounded by 57 acres of vines. From playing a casual game of boules while sipping pastis to hiking to the top of the citadel in Les Baux to conquering Mont Ventoux on two-wheels (a stage of the Tour de France), it’s tough to beat Provence.

In the west, the lesser-known Languedoc-Rousillon area impresses with the tranquil, barge-filled Canal de Midi and majestic walled hilltop city of Carcasonne, not to mention it’s rich full-bodied reds and unoaked zesty whites. Then it’s on to the rolling hills of the Aubrac region and the Lot Valley. Here, you can bike on bespoke routes and the smoothest of roads mapped out by Gray & Co. between such celebrated towns as Figeac and Laguiole, the latter of knife fame. Don’t miss a stay and dinner at Le Suquet, the hotel and restaurant from epicurean master Michel Bras.

Further northwest, Gray & Co. producers love crafting custom active explorations in the bucolic Dordogne river region which feature fortified towns of Domme and Rocamadour; castles from the Hundred Years War, such as Castlenaud; Josephine Baker’s Renaissance-era Les Milandes; and the old town of Sarlat that dates from both Medieval and Renaissance times. In this land of the cave paintings of Lascaux, you’ll find evidence of prehistoric civilization at nearly every pedal stroke or canoe paddle. To stay, the one-of-a-kind Château de la Treyne, elegantly perched over its namesake river, is a Gray favorite.

Even closer to the Atlantic, oenophiles hit the Grand Cru of Saint-Émilion en route to bustling Bordeaux and a spa stay at Eugenie-les-Bains.  Finally, arrive at the flat vineyards of the Médoc, where the best staying and sipping are at the Château Cordeillan-Bages.

Last but by no means least is Burgundy, where Gray & Co.’s experts uncover charming villages, elegant châteaux, bucolic landscapes and perfect cafés. This area, known as the Côte d’Or, is best experienced on two wheels, and, of course, in the local tasting rooms. Some of the best wines in the world are produced here—buttery chardonnays and heady pinot noirs crafted by more than 150 producers. Close to the legendary appellations of Meursault, Volnay and Romanée-Conti, the wine capital of Beaune features the perfectly positioned Hostellerie de Levernois. In addition to its luxurious rooms, woodwork and stunning marble everywhere, it’s home to one of the city’s best bistros, where local delicacies such as escargots, boeuf bourguignon and coq au vin await. Vive la France!

July 1 also marks the start of the 104th Tour de France. This year's route passes through some of our favourite French regions...

It's hard to top biking and hiking among ripe grapes in the vineyards of France, Italy, Spain and California during harvest...

We're more than ready to roll in Portugal, which was just named "Country of the Year" by the experts at Travel & Leisure magazine. Whether it's Lisbon, a coastal adventure... 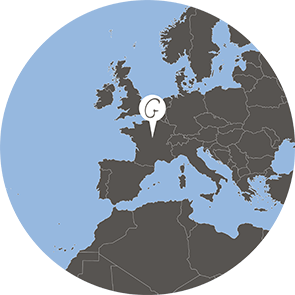 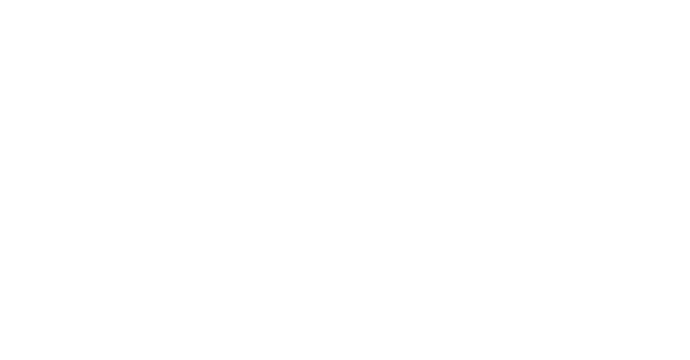 ““Cari Gray, has been one of the world’s leading authorities on cycling, hiking and active vacations. She still is.””

Gray & Co. collects non-necessary cookies (cookies that are not necessary for the website to function) via Google Analytics and forms in order to distinguish users, to understand how users are interacting with the website, and to create analytics reports on how the website is doing. The data collected by the cookies installed by Google Analytics include the number of visitors, the source where they have come from, and the pages visited. These cookies are used to calculate visitor, session, and campaign data. All Google Analytics cookies that are used on the Gray & Co. site store information anonymously and assign a randomly generated number to identify unique visitors.